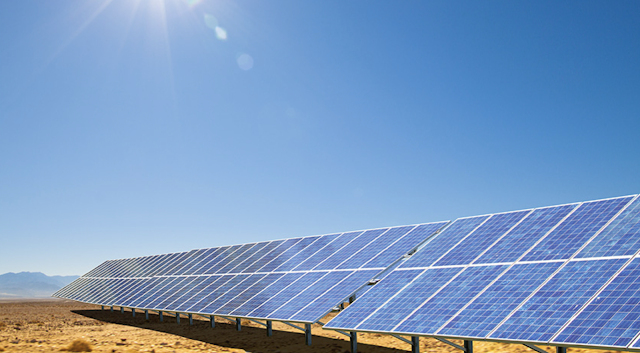 The sustainable and scalable business models for minigrids conference organized by the African school of regulation (ASR) begins on Monday 23rd January. The three-day conference has over 200 participants from over 25 countries registered. The ASR is excited to host this multitude of experts and organizations passionate about Minigrids and increasing access to sustainable and affordable electricity in Africa. While we gear up towards this conference, we can use the conference concept note as an anchor to discuss the scalability and viable financial business models for mini-grids in Africa.

Sustainable and financially viable business models are the pre-requisite for deployment of a large number of mini-grids required to achieve the goals of universal electricity access in Africa. The concept note by Prof. Ignacio J. Pérez-Arriaga highlights two fundamental conditions that are indispensable to attract the massive amounts of private capital needed to deploy all the minigrids that must be installed to achieve universal access to electricity: cost of service remuneration and adaptation to each particular situation of the universally accepted versions of cross-subsidisation. Finally, this technical note stresses the importance of addressing the electrification process with an integrated perspective in several dimensions: i) Considering the three modes of electrification together – grid extension, minigrids, and standalone systems – at the planning stage; ii) Defining regulatory and business models for each mode that are easily compatible among these modes; and iii) Using a single comprehensive approach to finance the entire electrification plan. 200,000 minigrids will be required to supply approximately 32% of the African population by 2030, assuming universal access is achieved with a cost of about 127 billion US dollars. The barriers to the deployment of the much-needed minigrids in Africa is mainly due to the lack of viable business models that give guarantee of permanence when developers confront the costs of new investments in capacity and connections as well as operations and maintenance in the absence of initial subsidies.

The most successful experience in the regulation of electricity distribution is by grid extension and some lessons can be drawn from the annual remuneration of distribution companies known as “the revenue requirement” that must be determined by the regulatory authority on the basis of providing the service efficiently. Distribution by connection to the main national grid has been universally considered to be a regulated monopoly, i.e., the best solution is a single company with the responsibility to distribute electricity in a predefined territory with exclusivity and subject to meeting established minimum reliability targets. The computation must be done following well-established regulatory practices and including reasonable remuneration for the invested capital that is consistent with the characteristics of the distribution business and the considered country. Also, almost universally, all the customers in any given country (or sometimes all the customers supplied by the same distribution company) belonging to the same customer class (by the level ofconnected capacity, annual demand, or both) pay the same tariff, regardless of whether they are urban, semi-urban, or rural consumers. This urban/rural cross-subsidization among customers is universally accepted, despite the fact that distributing electricity in rural areas – especially in faraway places from the major urban centres – may be several times more expensive than distributing it in major urban agglomerations.

Other common cross-subsidization among customers is established among those who consume more energy per month and those who consume less; typically, the former pay higher per-unit tariffs than the latter. In many developing countries where universal access has not yet been achieved, the distribution activity – i.e., the provision of electricity to the end customers – must be contemplated more broadly, since a combination of grid extension, minigrids, and standalone systems is necessary to attain full electrification. The minigrid and standalone components of this “extended distribution activity” can be performed by multiple agents in competition, which favours innovation, cost reduction, and customer engagement, although this competition should also be regulated in the interest of a sound long-term vision of the power sector in a given country (which must include universal electricity access), as discussed in the technical paper. This additional complexity must not be an excuse to abandon the two key lessons that have been learned from many years of experience worldwide in electricity distribution: i) the principle of remuneration based on the efficient cost of service with a reasonable return on investment (RoI), and ii) the social acceptance that an essential commodity like electricity must have the same price for all customers receiving similar service over an entire country, or at least, if several distribution companies exist in a country, for all the customers of each one of them.

If the principle of remuneration of the cost of service is not respected, i) the service provided by the incumbent distribution company will deteriorate and it will refuse to extend the grid in rural areas, which has a higher per-unit cost than the average tariff for those already connected (typically including most of the urban customers that can be electrified at a low cost); ii) only the minigrids whose cost can be paid by the communities – typically with some anchor load(s) willing to cross-subsidise the tariffs of residential customers or that can rely on a donor – will be deployed; if a cross-subsidization scheme cannot be organized and agreed, the minigrid will only supply productive users under willing-buyer / willing-seller agreements; and Thus, without cost-of-service regulation universal electricity access will never be achieved. The incumbent distribution companies will not extend the grids in rural areas as required by the national electrification plan.

Sustainable and scalable business models for minigrids are indispensable to achieve full electrification by 2030. But sustainability alone does not guarantee the required level of industrial scale, i.e., that the minigrid developers can deliver minigrids at a sufficient rate to meet the established SDG7 target. Sustainability is a necessary but not sufficient condition for scalability. The average installation rate today by the top 10 companies is less than 100 minigrids per year each. Therefore, reaching the established target would require each company to attain an installation rate 20 times faster than today`s. The analysis of this transformation of the minigrid industry falls beyond the scope of this paper, which is the analysis of the regulatory, business model and financial aspects of electrification with minigrids.