The impact of Internet of Things (IoT) and Industry 4.0 on Electrical Power and Energy Systems (EPEs) 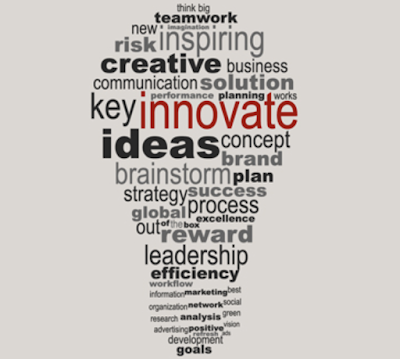 The communication revolution that dominated the last half century and the economic crisis in 2008 have led to the market landscape currently being dominated by electric power and energy systems. Efficient electrical power generation, transmission and distribution provide for the backbone of any growing economy as well as the fundamental requirement for the developed global north. The adoption of climate change agreement at the UN Climate change conference in Paris led to three main drivers of technological advancement in the power industry. These main drivers of transformation can be summarised as;

i.  de-carbonization of EPES,

ii. decentralisation of electrical power and

Technological innovation is therefore prerequisite to this transformation of EPES. The evolution of several technologies is currently underway to curb the aforementioned. We shall use a discursive analysis approach to assess the role of two key trends; Internet of Things(IoT) and industry 4.0 in transforming the traditional electrical power and energy systems into intelligent networks whilst using examples to make this illustration.

IoT or Power internet of things (PIoT) as commonly referred in the power industry (Bedi et al., 2017) is an example of technological innovation that has revolutionized transformation in EPES by imparting networked connectivity to physical components of the EPES. IoT can be defined as a system of interrelated computing devices, mechanical and digital machines, objects, animals or people that are provided with unique identifiers and the ability  to transfer data over a network without requiring human to human or human to computer interaction (Acur, 2017). IoT has various valuable applications in the energy sector this is because it provides integration of information technology (IT) and operations technology (OT) to develop an information driven infrastructure to enhance efficiency using data.

One of the main advantages of IoT technology in EPES is that it provides real time monitoring of EPES assets state and performance (Venayagamoorthy et al., 2017).

Similarly, Industry 4.0 also referred to as the fourth industrial revolution is another example of revolutionizing innovation. It is the convergence of IT and OT which uses data in a cloud for intelligent production systems and machines which communicate with each other on digital platforms to integrate the digital and physical worlds (I-scoop,2017). Industry 4.0 is not just applicable in the manufacturing industry; it has recently been incorporated in Direct current(DC) grid management which is used to monitor grid disturbance without need for manual adaptation. It is a relatively new application of the technology that holds immense promise in efficient electrical power distribution (Innovations-Report ,2017). The most significant influence that these two technologies have is the ability to provide efficient and reliable systems that have an economic, environmental and social impact.

Firstly, we shall discuss the role of IoT in transformation of EPES. IoT has transcended major evolution since its inception in 1999 when Kevin Ashton executive director of Auto- ID coined the term. However, the history of IoT in energy began in 1832 when the first electromagnetic telegraph was created by Baron Schilling in Russia followed by Carl Friedrich Gauss and Wilhelm Weber who in 1833 invented their own code to communicate over a distance of 1200m within Gottingen, Germany (Postscapes,2017). This invention provided the platform for communication systems of devices on a binary platform. In the past 5 years however, the need of data security, requirement for reduced carbon emissions and growth of smart businesses has led to deployment of this transformation imparting capabilities, such as real-time monitoring, situational awareness and intelligence, control and cyber security to transform the existing EPES into intelligent cyber-enabled EPES, which is more efficient, secure, reliable, resilient, and sustainable. While traditional EPEs offered technological integration and reliability of power quality, the deployment of IoT has created intelligent applications such as smart homes, smart parks and electric transportation.

Additionally, digitizing the electric power ecosystem using IoT improves asset visibility, optimal management of distributed generation, eliminates energy wastage, and create savings. IoT has a significant impact on EPESs and offers several opportunities for growth and development. Figure 1 below shows the benefits as well as the limitations of deployment of IoT in EPEs. It also shows the transformation from traditional EPEs to intelligent EPES through deployment of IoT.

On a global scale since 2005, several companies have invested in IoT in a general industrial application. The key players insemiconductor technology which forms the key underpinning technology for electronic systems include Intel who launched a system called energy cloud for smart grid management (Intel,2018). This disruptive innovation is shifting toward the next level of maturity on the technology adoption cycle. So far this technology has enabled utilities to deploy digital networks and experiment with smart home technologies. With the first purely smart grid developed at Faroe Islands in 2012 (Brown,2012).

Aside from innovation in semiconductor technology, software IoT plays a big role in automation of energy systems. This breakthrough innovation has led to the development of end to end analytics which provides faster and efficient communication between connected devices. While this is predominantly effective in industrial application companies such as ARM have applied this technology to communication of intelligent electronic devices in substations.

When discussing PIoT specifically, the number of IoT companies developing EPEs has increased significantly since 2012.According to Wang (2016) in figure 3 we can deduce that the key players in PIoT are Siemens Germany which has invested heavily in both IoT and PIoT with a key strategy for market breakthrough in 2020.Siemens was the first company to develop a fully automated digital factory. This offers integrated hardware, software and technology-based services in order to support manufacturing companies worldwide in enhancing the flexibility and efficiency of their manufacturing processes and reducing the time to market of their products.

The United states account for almost 44% of the entire application of IoT in grid management. While the other over 50%  is distributed between Asia and Europe. A predicted increase in IoT energy market by 2020 with countries from the Middle east and Africa having a larger market growth. This can be attributed to the fact that developing countries are highly likely to invest inautomation as they acquire infrastructure since most of the older systems will be outdated.

During the past 5 years IoT companies have raised over $26 billion with an increased projection of up to $75 billion by 2025. Investors pumped 50% more money into PIoT startups such as Pingthings and Actility (Proffitt,2017). McKinsey Global Institute has estimated that by 2025, the economic impact ofIoT for energy and power systems will be in the range of $200 billion to $500 billion (Manyika, 2013). While industrial applications have been the biggest adopters of IoT, applications in EPEs has seen an increase in investor interest in IoT. Applications in EPEs range from intelligent power networks, photovoltaic storage and smart devices. For example, PIoT has been implemented by cities like Dubai to build SmartParks that are connected to electric power network where there is availability of charging ports for electric vehicles connected directly to utility transformers. This goes a long way to encourage the use of electric vehicles therefore reducing carbon footprint.

IoT has the possibility of improving the EPE sector to increase efficiency, improve connectivity, reduce carbon emissions and provide smarter more robust electrical grid. Use of PIoT has the ability to reduce the carbon footprint of power sources by up to 30% (IEEE,2017). This number is expected to improve by 2040 upon adoption of electric vehicles in Europe.

The key players in application of Industry 4.0 are such as Siemens, Germany who have invested heavily in development of communication software used to tag intelligent electronic devices in electrical power transmission. Similarly, General electric(GE) have provided applications in cyber physical systems for business models. Bosch has been awarded for implementing the most Industry 4.0 like assembly line into the production. 8osch successfully equipped their products with RFID chips which stores all the needed production information. The assembly line represents one of the most intelligent production and displays a possibility how Industry 4.0 could look like in the future.

In conclusion, electrical power and energy systems provide an opportunity for application of Industry 4.0 as well as IoT in order to develop more robust systems that are efficient and have lower carbon emissions. The combination of these two technologies has the potential to revolutionize how electrical energy is generated, distributed and transmitted. Similarly, electronic systemsthat form the core requirement for production in industry have the potential to become digitized and thus require less human interaction and higher efficiency in production. The main challenge is lack of standardization, data security and high cost ofinvestment for both technologies. However as discussed above, there is increased investment in both fields which could lead to further trainings, providing more knowledgeable human resource as well as more robust security systems for data protection. While most people embrace these technologies other companies and even consumer see the opportunities as frightening. However technological advancement is key for growth for human kind and will soon be accepted as norm.