Back to the basics: What is PPP and how does it affect you? 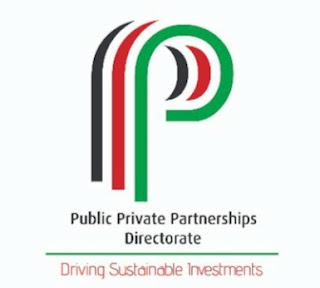 My recent post on “The role of Private-Public Partnerships (PPP) and innovative financial models in Sustainable Development” sparked some interesting conversations and questions. I am grateful to the friends and acquaintances who gave feedback on the importance of understanding PPP by breaking down the basics of what it means to mwananchi. In this post, I attempt to go back to the basics and describe the PPP scenario in Kenya, definitions, the role of PPP unit housed in treasury and the current gaps being faced in implementing PPPs. I’ll also highlight some PPP success stories in Kenya.

There are no universally accepted definitions of the PPP concept. In fact, the term can be used to mean any form of association or co-operation between the public and private sectors for the purpose of reaching a common goal. I would define PPP as a contractual means to deliver public assets and public services. PPP contracts include those intended to develop new infrastructure and undertake upgrades for existing infrastructure and those under which a private partner manages existing infrastructure or only provides or operates public services.

The broad definition of a PPP assumes that there are significant risks and responsibilities borne by the private agent under a long-term relationship. This does not necessarily imply that the private agent will finance part or all of the works when the PPP relates to infrastructure development. Rather, it assumes that construction/development and management (maintenance and operations) are bundled together. It also assumes that there is a contract acting as the legal instrument that contains the obligations and rights of both parties. It is intended to cover not only the procurement of new or upgraded infrastructure, but also the procurement of infrastructure management services for assets already financed and built, and even services in the narrow sense of the word (that is, public services, such as utilities, transportation of passengers, water supply to homes, and so on, which may be called service PPPs).

There is often confusion between privatization and PPPs. There is however a clear difference between these two forms of private sector engagement. In its true sense, privatization involves the permanent transfer to the private sector of a previously publicly-owned asset and the responsibility for delivering a service to the end user. However, a PPP necessarily involves a continuing role for the public sector as a “partner” in an ongoing relationship with the private sector (World Bank - Farquharson, Torres de Mästle, and Yescombe, with Encinas 2011).

There is an increased demand for quality and affordable social services from Kenyan citizens. In order to reduce the funding gap for infrastructure and provide a new source of investment capital required for infrastructure projects, PPPs seem to reduce government sovereign borrowings and associated risks. PPP in Kenya is defined as performance-based contract under which the private sector supplies public services over time and is paid by public sector, end user or a hybrid of both. The output is specified by contracting authority such as KETRACO in the case of transmission projects while the input is the responsibility of the private sector. The government retains strategic control of the service and secures new infrastructure which becomes government assets at the end of the contract life. The project-based performance risks are allocated to the party best able to manage the risk.

Kenya’s PPP frameworks provides the right environment for implementation. The PPP secretariat at treasury as well as PPP nodes in contracting authorities have the role of adoption and localization of international successful PPP models and preparation of bankable PPP transactions.

5. What are some PPPs in Kenya?

These are some track records of PPPs in Kenya:

There are gaps that exist in implementation and bankability of PPPs in the Kenyan environment. For instance, in the framework governing a sole bidder scenario, unsolicited PPP proposals and in the county and subnational PPP transactions. Despite these challenges, Kenya 🇰🇪 offers a vibrant opportunity for PPP projects across all sectors.

Here is more information on the Kenyan PPP space: